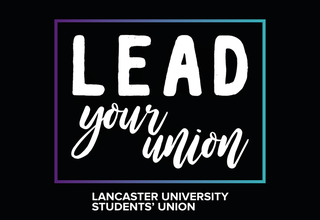 In Week 8 of this term we’ll be holding important union elections, with chance for students to decide who will join JCR Executives in our eight undergraduate colleges and who will represent the union at the NUS National Conference.

The JCR Executive elections take place in Week 8 of Michaelmas term. These are the people who organise and run your college socials and campaigns throughout the year. These are voluntary positions, acting for one calendar year to represent you at both college and university level.

Every college has slightly different JCR positions, although each has roles along the lines of:

Keep an eye out around your college for more information. You can also look here for the roles and remits in your college.

Each year in Michaelmas Term the Students' Union elects three delegates to attend the NUS National Conference in Liverpool from March 31 to April 2.

The National Union of Students (NUS) is a nationwide organisation who represent student issues across Further and Higher Education on a national scale. They lobby the government, support students' unions and work with other organisations to improve the life of students across the country.

Each year they hold a National Conference to debate the issues of the day, vote on national policy and elect their officers for the coming year.

Each students' union sends delegates to Conference to join in the debate and vote on policy and in the elections, and they are there on behalf of their members!

If you have any questions please contact VP Union Development Atree Ghosh at su.vp.uniondevelopment@lancaster.ac.uk