The Executive Committee votes to rename the Sugarhouse 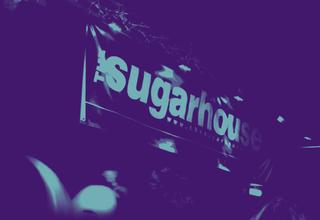 The students’ union Executive Committee on the 16 March, unanimously voted to rename the Sugarhouse. This follows the submission of the Renaming Sugarhouse Policy paper, brought forward by your BAME Students Officer, Max Kafula, and a petition from the Why is My Curriculum White? Campaign.

Max Kafula: “I am so proud that my policy to rename Sugarhouse was passed. I am also pleased that a working group will be set up to help find us a new name for the club. I will be working with the 'Why is My Curriculum White?' Campaign and key stakeholder groups in ensuring that all students will have a voice in finding a brand new name that we can all be proud of. The decision to rename Sugarhouse was the right decision. It is time that we highlight our dark colonial past and educate everyone on it. This is a massive step in the right direction in making sure that we are a committed to be an Anti-Racist organisation. I am very much excited to see what happens next."

History of the Sugarhouse

The Sugarhouse occupies a site on Sugarhouse Alley, which was previously the site of a sugar warehouse and boiling-house from the 17th Century onwards, from which the alley and the club draw their names. The original 'sugarhouse' was a product of a lucrative trade in luxury commodities from which Lancaster merchants profited by exploiting slave labour on plantations in the West Indies.

The existing name of the Sugarhouse is one of the many every-day, seemingly innocuous symbolic legacies of Lancaster’s slave-trading history that can be found all around the local area, and we believe that the name change can form one small part of a long-term approach to shedding light on this history. The union’s aim is to establish a broader approach to educating people about the overlooked colonial history of Lancaster, in the process of decolonising our surrounding environment.

How are you going to be involved?

This will be an engaging and participatory process for you to get involved with. We want your input in shaping both the renaming of our nightclub and the broader educational programme.

While the engagement exercises and decision making on the renaming of the nightclub will occur in this academic year, it’s implementation and wider rebranding will be a long term process as the financial sustainability of the Students’ Union is secured.

The ‘Why is My Curriculum White?’ Campaign group said: “Following the success of our Sugarhouse petition, the Why is My Curriculum White Campaign welcomes the decision taken by the Executive Committee to rename the Sugarhouse and we are pleased that our proposals to begin a student-led process to choose a new name for the venue and also to design a long-term educational programme surrounding Lancaster’s history are to be enacted.

“This decision marks a hugely positive step from the Students’ Union in recognising the darker sides of Lancaster’s past and the City’s heinous ties to the Trans-Atlantic slave trade. We called for the name to be changed given the links to Lancaster’s slave-trading past and are glad that students will now be given an opportunity to choose a new name which better reflects a 21st century Lancaster.”

The students’ union plans to work with others to highlight Lancaster’s colonial history and are committed to investing and implementing educational programmes to all students and staff.

The Union will be establishing a working group that will assist with the renaming of the Sugarhouse, with details on this to be released soon.

For any queries please contact Misbah Ashraf at misbah.ashraf@lancaster.ac.uk.