Result of the Big Vote referendum 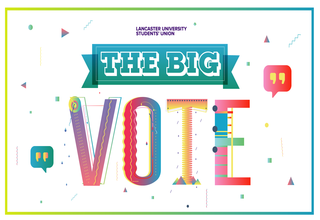 During Weeks 8 & 9 all Lancaster students had the opportunity to take part in The Big Vote – a referendum on proposed changes to the students’ union’s Full-Time Officer structure.

It was proposed to change the number of roles from six to five and make some significant updates to the structure of the team in order to ensure that the union’s representative structures are responsive to the needs of its members.

The proposal was to have five officers with the following roles:

A total of 892 votes were cast as follows.

Adopting the new officer structure was therefore the most popular option among those who voted.

However, the number of votes cast equates to a voter turnout of approximately 6%. Students’ union rules on referendums state that a voter turnout of at least 10% is required in order for decisions to be upheld, and therefore the proposal did not pass.