The Students' Union is in negotiations to sell The Sugarhouse 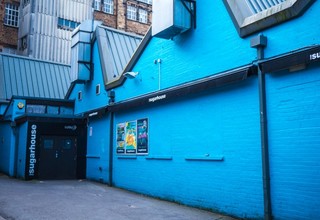 Lancaster University Students’ Union is in negotiations with a developer to potentially sell its student venue “The Sugarhouse” to provide affordable student and key worker housing in the city.

Profits from any sale if it goes ahead will be invested in facilities and a range of student services by the Union.

The Sugarhouse has been owned by the students’ union since 1985. The decision to sell has been made after considering the best interests of present and future students. It is a successful business and is very popular among some of our students at Lancaster. However, in recent years the area around the nightclub has started to become heavily developed with accommodation, student social behaviours are changing with fewer drinking alcohol and late night socialising which has increasingly made the Sugarhouse position challenging.

The students’ union said: “We understand that students, past and present, have become very attached to The Sugarhouse, and will be concerned at the decision to sell it, but we as a Union have to consider the interests of the whole student body, not just now, but in years to come.

“We will now work to identify other social opportunities for students, in Lancaster and on campus. We will invest proceeds from the sale in a range of facilities and services that would be of lasting benefit to the student body as a whole.

There are a small number of staff and student staff who might be impacted by any sale. Staff will be consulted about the developments and should a sale go ahead the Students’ Union would work to support all staff to find alternative roles.