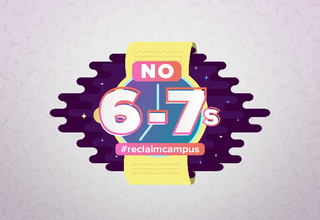 It was revealed recently that the university plans to trial an extension to the teaching day that will mean classes could continue until 7pm on Mondays, Tuesdays, Thursday and Fridays.

But union officers fear the decision could have wide-ranging negative impacts on students - including disabled students, those with caring responsibilities, part-time jobs and involvement in clubs and societies – and say they do not believe student concerns are being listened to by the university.

“Today’s meeting with the Deputy Vice-Chancellor has been a disappointment.

“The message we’re receiving seems to be that although everyone accepts extending the teaching day is going to be bad for students and bad for lecturers, it’s happening and we’re just going to have to get over it.

“Union President Rhiannon Llystyn Jones told Professor Atherton that we see this change as one of the biggest risks to student wellbeing.

“Professor Atherton responded that we were predicting the most negative outcome from this change and didn’t agree that the impact would be as bad as the union fears.

“While we admire Professor Atherton’s optimism, we don’t feel that simply hoping for the best is good enough and are disappointed but not surprised that the university is refusing to budge on this big issue.

“The union’s position is that the university needs to urgently look again at offering livestreaming of lectures – overwhelmingly supported by students in our recent poll - as an alternative to later teaching. While we agree this isn’t an ideal solution, we passionately believe it is preferable to teaching later into the day.

“We’ve been invited to be part of a working group on this issue, and the university seems to think this should be enough to make us stop protesting against these plans. While we welcome the opportunity to be part of formal discussions over timetabling, the formation of this group is going to be too late to mitigate the effects of this decision for the coming year and is too little too late in terms of student consultation.

“It emerged during today’s discussion that more than 2,000 Lancaster students will be expected to attend these later classes. Thousands more will have their extracurricular activities derailed by the loss of space on campus.

“We’re sure they’ll have something to say about that as the full impact of this change becomes clear.”

Check out the live tweets from the meeting from Union Vice-President (Campaigns & Communications) Islay Grant.