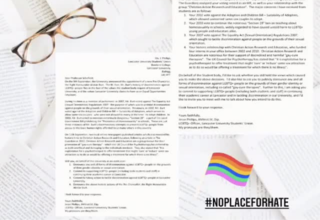 Vice-Chancellor, Andy Schofield and Pro-Chancellor, Alistar Burt, have this morning, responded to the open letter's sent to them by the officer team. Written by LGBTQ+ Officer, Jesse Phillips with the support of the Officer team, the letters expressed concern about the appointment of Alistair Burt to the position of Pro-Chancellor, as a result of his voting record on issues including LGBTQ+ and Human Rights.

You can read the Pro-Chancellor's and Vice-Chancellors responses below: 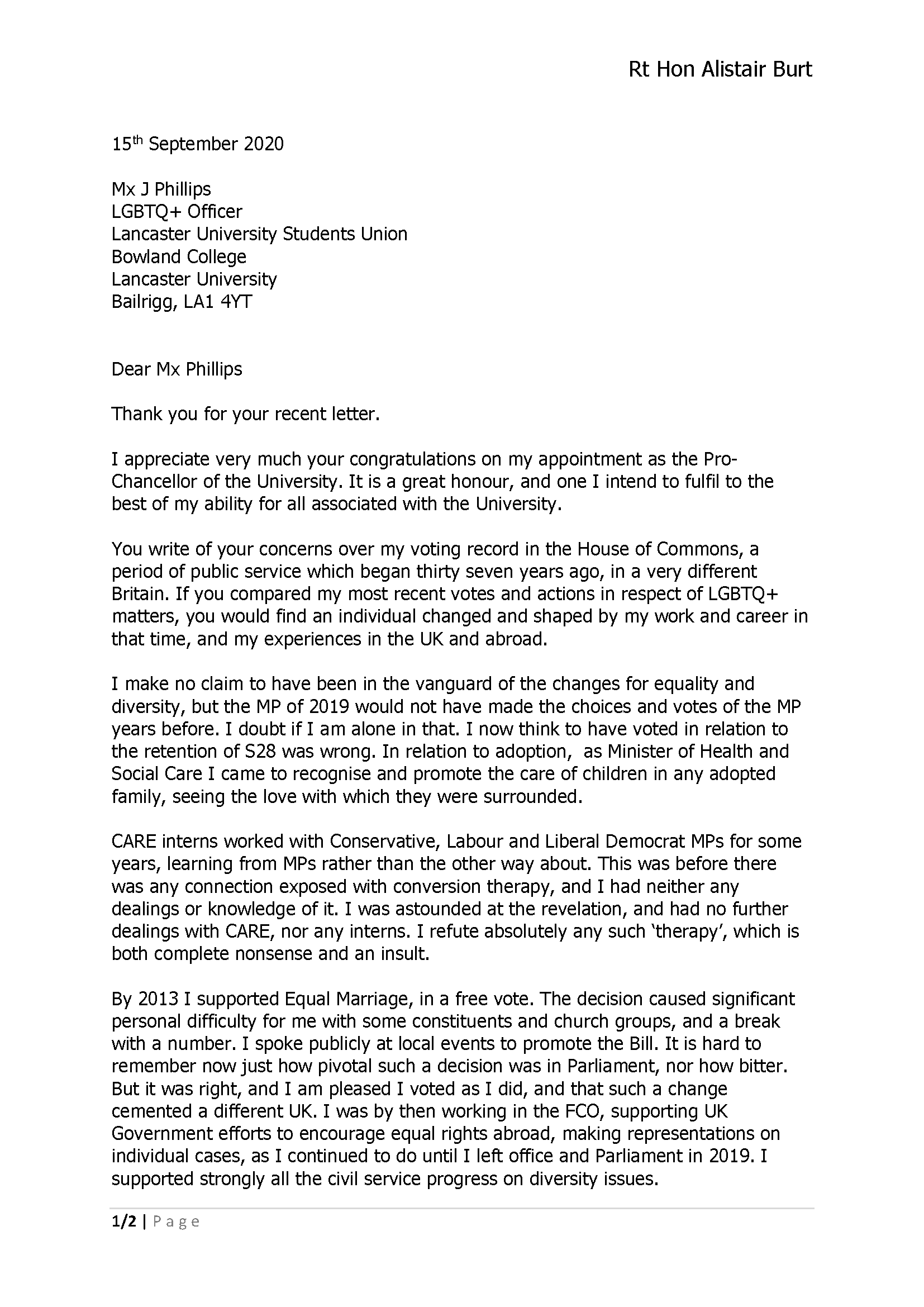 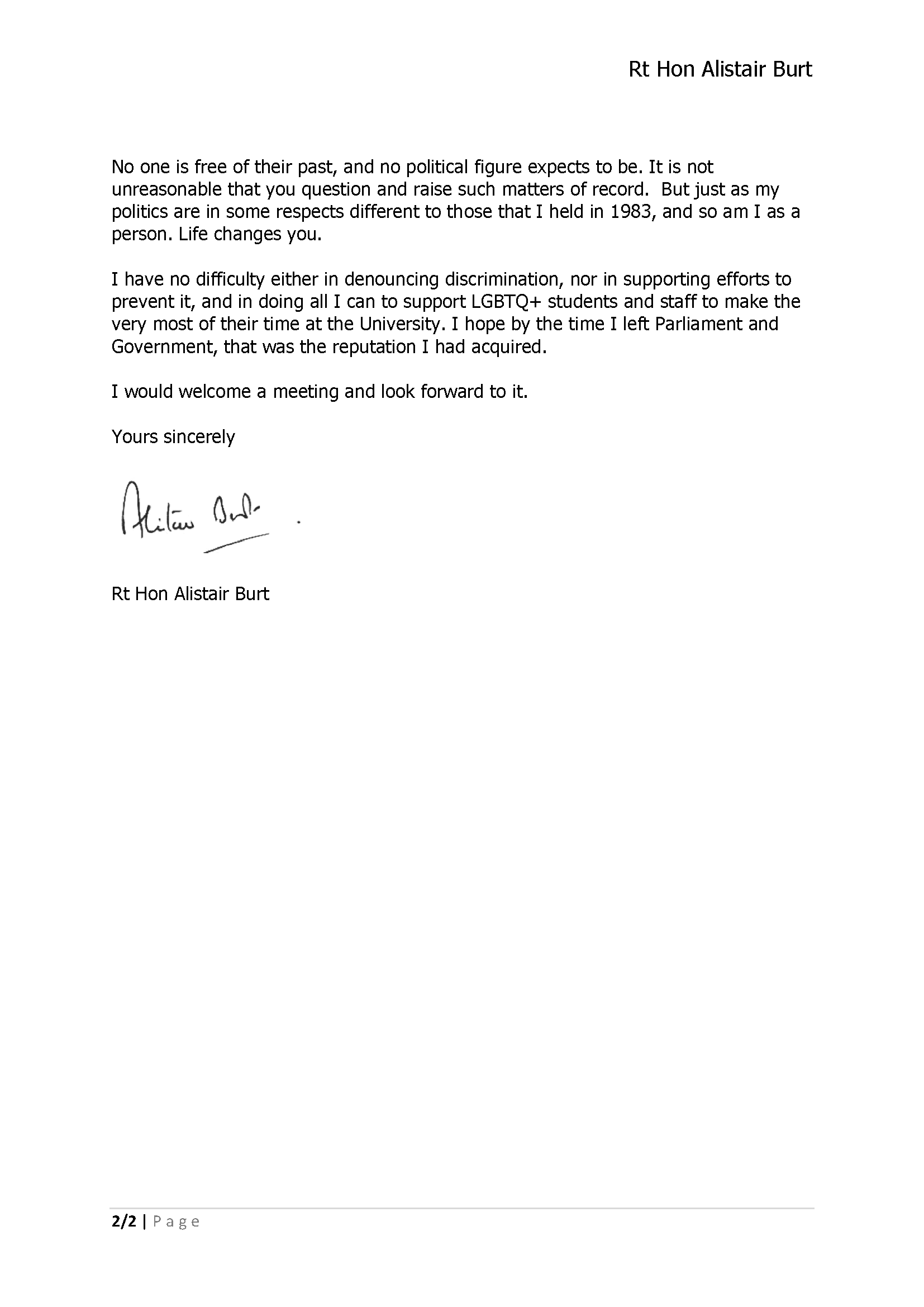 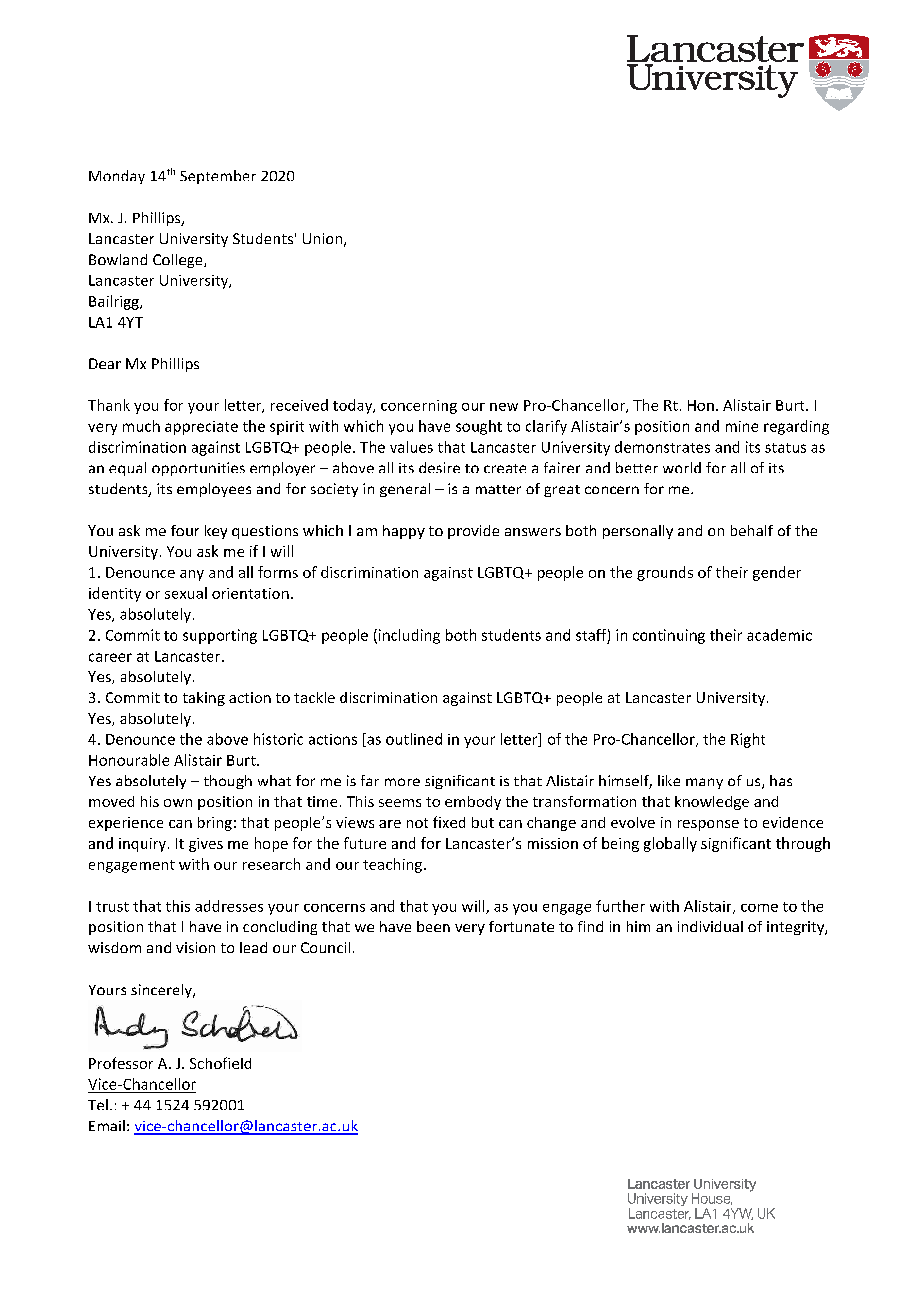 Jesse Phillips, the Students’ Union LGBTQ+ Officer said: This morning, I (and the Students’ Union) received responses from both the Pro- and Vice-Chancellor to the letters I penned to them yesterday with the support of the Officer team.

I welcome both responses very much, and I’m incredibly glad that both gentlemen have agreed to completely denounce anti-LGBTQ+ discrimination and support action to tackle it in our university. The Pro-Chancellor spoke very frankly in his response about how his views have changed over the past thirty-seven years, and the personal difficulties this has caused. He spoke about his past actions, which he describes as wrong; he spoke of refuting so-called “gay-cure” therapy as “complete nonsense and an insult”.

I understand how difficult this must’ve been for the Pro-Chancellor - nobody is perfect, and everyone has made mistakes in their past which we would not make now.

I’d like to thank both the Pro-Chancellor and the Vice-Chancellor for speaking so openly and responding so quickly to the letters. I look forward to working with both of them in the near future.

The President and Chair of Trustee Board Oliver Robinson said:

"I congratulate Alistair Burt on his appointment, but I’ve been personally distressed to learn of elements of his record. I’m relieved that he has taken steps to distance himself from his record on LGBT+ Rights and to denounce gay cure therapy as “complete nonsense and an insult” in his reply to the Union. I believe that we can all change, and I hope that Alistair’s evolution is a genuine one. I hope he will take further active steps to show to the student body that he does not contradict the values of Lancaster University, and I know that my colleagues and I will hold him to account on this and other issues."

If any students have been impacted by this, please get in touch with our confidential Advice Service by emailing advice@lancaster.ac.uk.

If you have any concerns, please email your President, Oliver Robinson at su.president@lancaster.ac.uk.