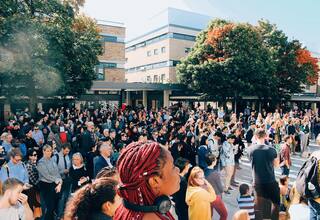 After months of campaigning, lobbying, demonstrating and petition signing from students, officers and staff alike, we are ecstatic to announce that the University has declared a climate emergency.

Further still, the University has announced its aim to become carbon neutral by 2035, reaching "carbon net zero for carbon emissions from electricity and heating by 2030 and net zero from all other emissions by 2035." This is an important commitment from the University and a fantastic achievement for all who have worked to make this happen.

SU Development Manager for Sustainability, Darren Axe said: "It's great to see the University responding to the severity of the climate emergency with this declaration. A huge credit is due to the students and staff on the Climate Emergency campaign team who put in a huge amount of effort and many hours volunteering to make the case to the University. Their actions included a packed-out Global Climate Strike event in Alexandra Square back in September 2019 and a petition with over 2,000 names handed into the University senior management team in December 2019. It is vital now that the University looks to prioritise a well-coordinated action plan on decarbonisation. It is also vitally important that the University recognises equally severe Ecological emergency and biodiversity crisis that is coupled to climate change. The good news is that many Natural Climate Solutions can help mitigate climate change and enhance biodiversity and Lancaster is well placed to deliver on such solutions." 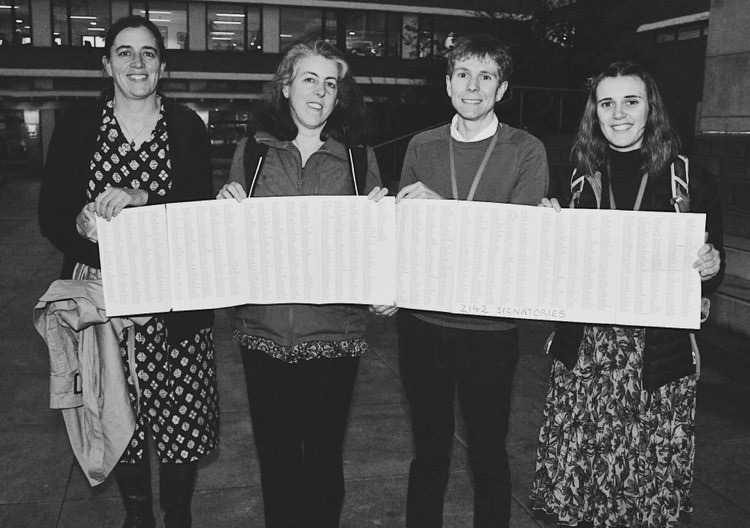 It is no secret, that this has been a long fought battle. This year, President Oliver Robinson made it one of his manifesto commitments, to ensure that the University declared a climate emergency.

SU President Oliver Robinson said: "I’m absolutely delighted that one of my manifesto commitments has been completed, with a declaration of a climate emergency at Lancaster University. Though the deadline of 2035 is not ideal, the planning that has already been put into this has been substantial. We now need to continually ensure that these priorities are right at the top of the agenda. The fate of our planet might not hinge on Lancaster University alone, but it is vital that everyone does everything they can. 2030 should be seen as a final deadline, not a point at which you should stop emitting – the sooner we achieve neutrality, the better chance our planet stands."

The decision was solidified during Friday's University Council meeting, at which both President, Oliver Robinson, and VP Education, Bee Morgan, were in attendance.

VP Education Bee said: "Having been on council for over a year now I remember the university’s disappointing original response to the AGM motion and petition as mandated in 2019, I’m really pleased to see how the university has progressed with a clear set-out action plan. It was great to hear the wholehearted support from members of the committee, including pressing for ambitious but realistic targets.”

This comes after another year of record-breaking temperatures and climate change-related disasters overseas. The fight for climate justice is an ongoing battle, fraught with challenges, but with the support of large institutions such as Lancaster University, there is hope.